Two thirds of animals gone in my lifetime

The Earth’s population of animals has fallen by two thirds during my lifetime according to the latest Living Planet Report including a fall of 8% in the past two years alone. The environmental crisis that defines our time just gets starker by the minute 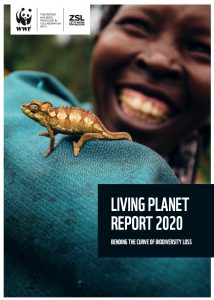 “Wildlife populations are in freefall around the world, driven by human overconsumption, population growth and intensive agriculture, according to a major new assessment of the abundance of life on Earth.” – from the Guardian.

If ever there was a time to act it is now. Sadly we have a criminal government which accuses peaceful campaigners, who are trying to protect the Earth for future generations, of being criminals.

This is from the WWF (and ZSL) report: “biodiversity is fundamental to human life on Earth, and the evidence is unequivocal – it is being destroyed by us at a rate unprecedented in history”

The WWF and ZSL are not radical organisations but their statement is truly shocking. They are saying that humans are destroying something that is fundamental to our existence. This is why we are protesting, why we are disrupting, why we do what we do.

The idea that disrupting the “free” press from printing their lies is somehow an affront to democracy is laughable. The press are not free. They are biased, owned by billionaires and they push their own interests.

44 Tory MPs signed a letter published in the Telegraph criticising XR. Inspired by Jonathan Fuller, I will be writing to each of them with the truth out the environmental emergencies that we face and why they should be backing real action rather than business as usual.